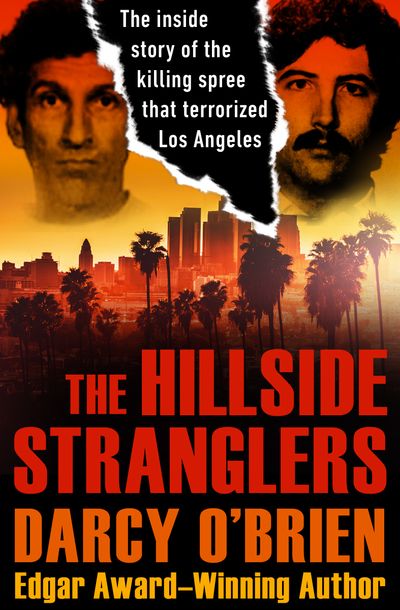 Published by Open Road Media
The riveting true crime account of the Hillside Stranglers and the horrific serial killings they unleashed on 1970s Los Angeles.

For weeks that fall, the body count of sexually violated, brutally murdered young women escalated. With increasing alarm, Los Angeles newspapers headlined the deeds of a serial killer they named the Hillside Strangler. The city was held hostage by fear.

But not until January 1979, more than a year later, would the mysterious disappearance of two university students near Seattle lead police to the arrest of a security guard—the handsome, charming, fast-talking Kenny Bianchi—and the discovery that the strangler was not one man but two.

Compellingly, O’Brien explores the symbiotic relationship between Bianchi and his cousin Angelo Buono, their lust for women as insatiable as their hate, before examining the crimes they remorselessly perpetrated and the lives of the unsuspecting victims they claimed.

Equally riveting is O’Brien’s account of the trial—one of the longest and most controversial criminal court cases in American history—with the defense team parading, one after another, expert witnesses who had been effectively duped by Bianchi’s impersonation of a man suffering multiple personality disorder. It’s one way a man might contrive to get away with murder.

Like Truman Capote in In Cold Blood and Norman Mailer in The Executioner’s Song, Darcy O’Brien weds the narrative skill of an award-winning novelist with the detailed observations of an experienced investigator to unravel this chilling true-crime story.