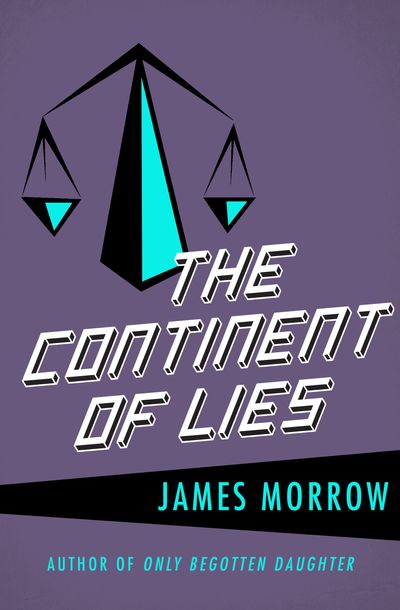 The Continent of Lies

Published by Open Road Media
A dystopian tale about mass-entertainment-turned-toxic from the award-winning author of Towing Jehovah—perfect for Philip K. Dick fans.
Cutting-edge virtual reality has emerged as a popular, albeit controversial, source of amusement. Devouring a cephapple or “dreambean” allows the eater to become the primary player in a preprogrammed narrative: love story, historical spectacle, horror thriller—this medium encompasses all genres. Our protagonist, Quinjin, is a professional dreambean critic, rating the hallucinogenic adventures hidden within these remarkable fruits.
But something has gone terribly wrong. An anonymous “dreamweaver” has created a cephapple that, by transporting its users to the core of an inescapable nightmare, drives them stark raving mad—just the sort of ammunition the anti-dreambean movement needs to get the technology banned. Quinjin is hired to find the source of the poison and eradicate it. But the reviewer’s heroic quest becomes highly personal when the person he most cares about—his teenage daughter—eats the forbidden fruit and lapses into a coma.
Dark and satiric, The Continent of Lies is a bravura demonstration of the bold originality that has won James Morrow two Nebula Awards, two World Fantasy Awards, and the Prix Utopia.