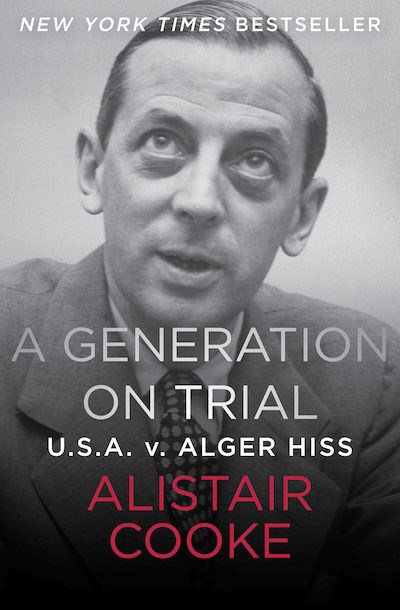 A Generation on Trial

Published by Open Road Media
The story of Whittaker Chambers, HUAC, and the case that defined the McCarthy era, as reported by one of the twentieth century’s most respected journalists.

In August 1948, a former Communist Party member named Whittaker Chambers testified before the House Un-American Activities Committee that a secret cell of Communists had infiltrated Franklin D. Roosevelt’s New Deal administration. Chief among the conspirators, according to Chambers, was Alger Hiss, a former government attorney and State Department official who had taken part in the Yalta Conference and been instrumental in the creation of the United Nations. Hiss’s categorical denial of the charges, which led Chambers to produce evidence linking both men to Soviet espionage, quickly escalated into one of the most divisive episodes in American history and ignited the widespread fear and paranoia of the McCarthy era.

As the US correspondent for the Manchester Guardian, Alistair Cooke reported extensively on the Hiss affair. In an atmosphere that he memorably compares to that of a seventeenth-century religious war, Cooke maintained a clear head and his signature intellectual rigor. A Generation on Trial, which begins with a brilliantly succinct summary of the case—“We are about to look at the trials of a man who was judged in one decade for what he was said to have done in another”—is both a fascinating historical document and a stirring example of journalistic integrity.