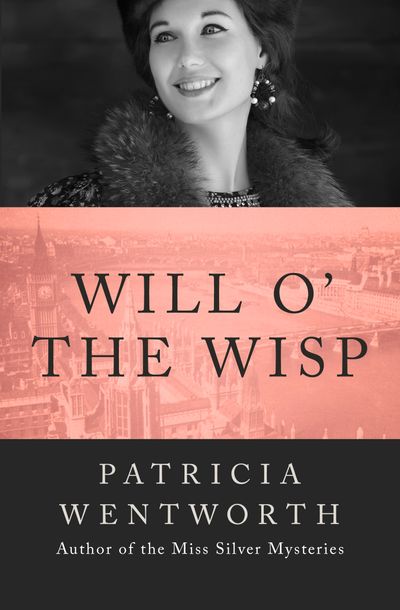 Will o' the Wisp

Seven years ago, childhood friends and distant cousins Eleanor and David Fordyce fell in love and became engaged. But their families, thinking them too young for marriage, conspired to keep them apart. David was sent to America to study architecture; Eleanor left for India, where she married Cosmo Rayne. Now a widow, Eleanor returns to England, more ravishing than ever. But rumors—of a husband’s infidelity and nightly beatings—have followed her home.

And David is harboring secrets of his own. When he sees a message in the newspaper, he confides in Eleanor. Is it possible? Is Erica Moore, his young wife who died at sea, still alive? And if so, why hasn’t she contacted David herself? The answers may lie with Folly March, a spirited nineteen-year-old who makes up stories and takes pleasure in playing pranks.

Beloved British crime writer Patricia Wentworth plunges readers into a world of lies, romance, and mystery as David’s search leads him across London on a winding journey to a shocking truth.