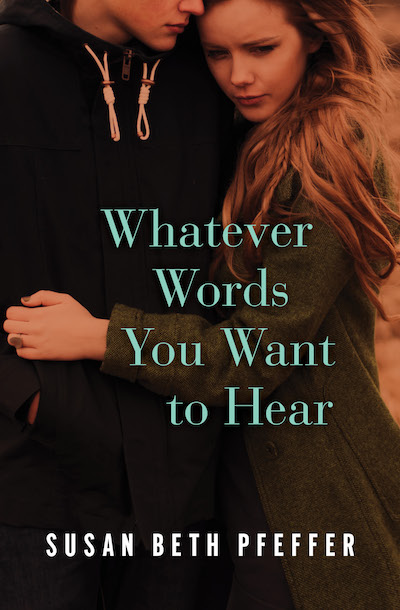 Whatever Words You Want to Hear

Published by Open Road Media
When Paula falls for the bad boy down the street, what she thought would be a silly summer romance becomes anything but

It’s Paula’s last summer at home, and in need of an affectionate distraction, she decides now is the perfect time to get involved with one of the two brothers from down the road, Jonny and Jordon. But which one? Likable, well-mannered Jonny? Or Jordon, who’s been kicked out of every school that would take him and who tells her up front that he wants her to have to choose—and wants her to choose him?

Who can say no to a bad boy? Underneath it all, Paula knows Jordon is the kind and gentle person she’s falling in love with—something his parents can’t, or won’t, see. And better yet, Jordon says he loves her back and promises to always be honest with her. But sometimes the truth isn’t what we want to hear . . .