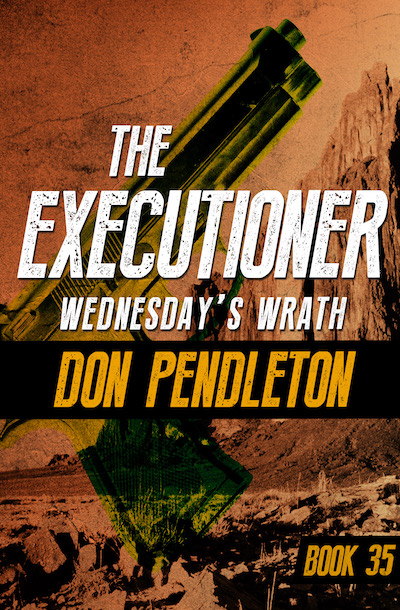 Published by Open Road Media
For twenty-four hours, the Executioner will turn New Mexico into hell on earth

After dozens of battles and an untold body count, Mack Bolan thought his one-man war against the Mafia was coming to an end. He planned a final week of mop-up work, clearing out mob infestations wherever they were the thickest before joining up with the US government and leaving his old life behind. But as any exterminator knows, some pests are harder to get rid of than others—and the Mafia is tougher than any cockroach.

Bolan is on his way to Texas when he is forced to make a detour in New Mexico to take out a sadistic doctor who has been performing gruesome experiments on disloyal Mafia soldiers. In the high desert country near Santa Fe, he discovers a mob plot that rivals anything he’s ever seen. The war for the American underworld is about to reach an atomic level of destruction.

Wednesay’s Wrath is the 35th book in the Executioner series, but you may enjoy reading the series in any order.