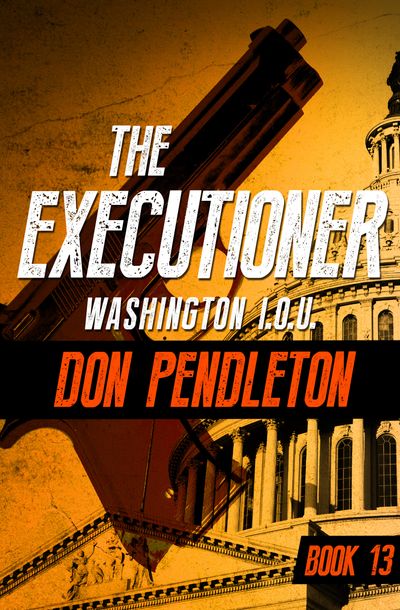 Published by Open Road Media
Washington is rotting from the inside out, and the Executioner knows death is the only cure

As his war against the Mafia has carried him across the United States, Mack Bolan has begun to hear rumors that the mob is planning something big. They call it la Cosa di tutti Cosi—a fiendish plan to use the combined might of organized crime to infiltrate the US government and take it down from the inside. Over the last weeks, politicians, lobbyists, and civil servants have died suspicious deaths, paving the way for a new set of laws that will let the secret Mafia government step out of the shadows. When it does, the Executioner will be waiting.

Bolan is no flag waver, but he has watched too many good men die for their country to let America go down without a fight. To save the States from its corrupt politicians, Bolan makes landing on the shores of the Potomac—to erect a monument in blood.

Washington I.O.U. is the 13th book in the Executioner series, but you may enjoy reading the series in any order.