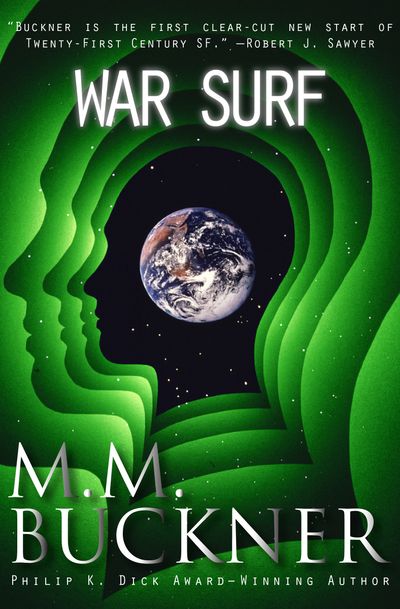 Published by Open Road Media
A rich, jaded thrill seeker is drawn into a vicious competition in this “innovative and exciting” novel by a Philip K. Dick Award winner (C. J. Cherryh).

It’s the twenty-third century and Nasir Deepra is 248 years old. A wealthy corporate executive kept young by all-pervasive nanotechnology, he is nearly bored to death. To spice things up he has become an Agonist, dipping into war zones—many of them in satellites orbiting the Earth—and filming his daredevil antics. Agonists revel in the attention of their large fan base who watch the thrill sport on the Net.

Then a war surf goes badly and the Agonists lose their top ranking amongst surfers—so they decide to up the ante and go to Heaven, a class ten difficulty war zone, the toughest, in order to get back on top. Nasir is reluctant, since he’s on the board of directors that controls Heaven and he knows why it’s a class ten. But his girlfriend talks him into it, and he soon finds himself paying a price for the brutal exploitation he has been a part of . . .

In this “thrilling, entertaining romp through a corporate-ruled world” (Booklist), the author of Hyperthought and Watermind “hits another homerun . . . action, character, drama, and great science—it’s all here” (Robert J. Sawyer).