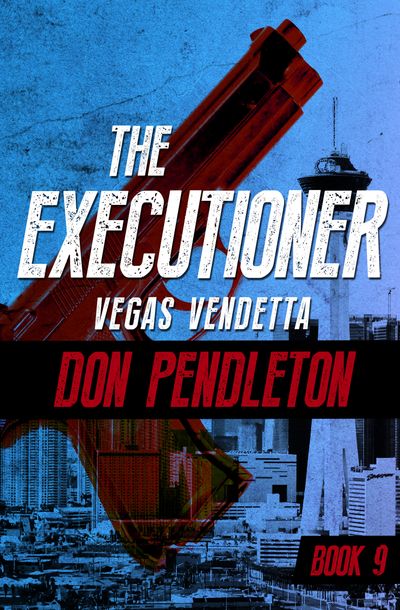 Published by Open Road Media
In Vegas, the Executioner hits the mob where it hurts most: the wallet

Mack Bolan has fifty seconds to cripple the Mafia’s operations in Las Vegas. Fifty seconds to take out ten gunmen, destroy a jeep, and down a helicopter. Fifty seconds to snatch millions of dollars away from the international crime syndicate that he declared war on so long ago. For forty-nine seconds, everything goes fine . . .

The Executioner takes aim at the mob’s biggest casino as he awaits a duel with two of the deadliest hit men the Mafia has to offer.

Vegas Vendetta is the 9th book in the Executioner series, but you may enjoy reading the series in any order.