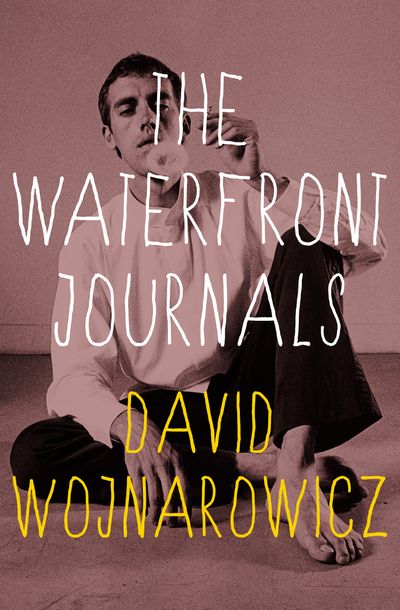 Published by Open Road Media
Voices from the margins of American life tell tales of trickery, betrayal, sex, and defeat in these short monologues by “a spokesman for the unspeakable” (New York magazine).

In his full but regrettably brief lifetime, David Wojnarowicz was many things: a visual and performance artist whose radical work incensed the right-wing establishment, a tireless AIDS and anticensorship activist, and, most emphatically, a writer. His Waterfront Journals are a remarkable collection of fictionalized stories spoken in the voices of unforgettable characters the author met during his time spent living on America’s streets and traveling her back roads. The narrators speak from the heart and from the depths of despair, creating an often shocking and powerfully moving mosaic of life in the shadows.

Here are junkies and boy hustlers, truckers and hoboes. A runner tells of his encounter with two drug-using priests who openly and proudly discuss their various sexual exploits. Whores tell of johns who brutalized them and corrupt cops who did the same. A young man relays his tale of a seedy movie balcony pickup and his shocking discovery that his “date” was not who she seemed. Another man describes sex with an amputee Vietnam veteran. Each of their stories stuns with hard and haunting truths that will leave the reader staggered and breathless, yet exhilarated.

From a Lambda Literary Award winner and the subject of a new documentary by Chris McKim, these are “dispatches from that region of dissolute grace at the city’s edge” (Time Out New York).