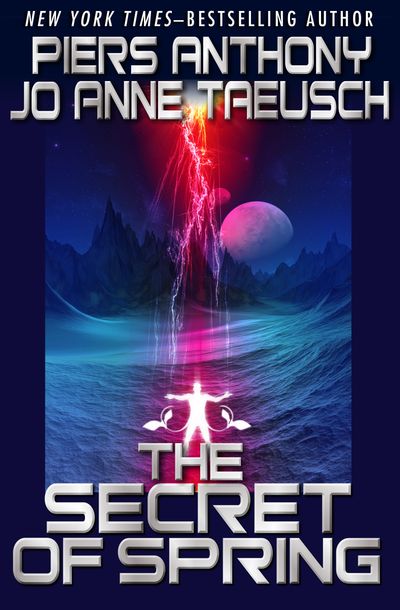 The Secret of Spring

Published by Open Road Media
A romantic tale of wizardry and botany!

He is a sentient plant.

Herb Moss is a nice young man. He’s a Vegan: a member of a genetically engineered species, part human and part plant, living on the planet New World.

It’s a good life, really: Herb’s engaged to be married to his childhood sweetheart, Lily; has a job with his father’s firm; and can look forward to a solid if unexciting future. And as everyone keeps telling him, it’s time to put down roots. If he happens to be bored every time he thinks about it—well, that’s a normal part of growing up, isn’t it?

But still, Herb’s bored. Surely, he thinks, a little romantic correspondence on the side can do no harm . . .

Meanwhile, far away on the planet New Land, a nice young woman named Spring is feeling anything but bored. She just wishes she were. She’s been living with her widowed father, Gabriel, a practicing sorcerer, keeping house and helping out with the business. It’s been a good life . . .

But Gabriel has discovered hitherto-unknown magical secrets that can bring their possessor great riches, absolute power, and forbidden knowledge. To keep them safe, he’s sorcerously locked them deep within his daughter’s mind, where only her own true love—or, failing that, someone she likes a lot—can access them . . . so to speak.

When Gabriel is killed under suspicious circumstances, Spring flees to the austere Order of Companions. There, grieving and lonely, she places a personal ad, looking for a pen pal with whom she can discuss botany. Little does she know that she’s actually placed an ad in Play Plant magazine, and that her new pen pal, Herb, thinks she’s interested in romance.

Meanwhile, an ambitious wizard has learned of the existence of Spring’s secrets. And he’ll do anything to get them . . . including the obvious.