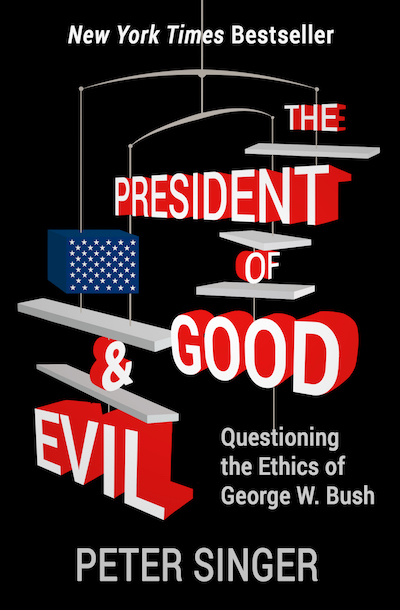 The President of Good & Evil

Published by Open Road Media
From the author of Animal Liberation, an examination of the chasm between the words and actions of George W. Bush, who claimed the moral high ground more than any president in recent US history

During his time in public office, George W. Bush framed a striking number of his major policies and initiatives with the concepts of good and evil. From his christening of the “axis of evil” to the wars in the Middle East to his condemnation of stem cell research, Bush consistently deployed moral language in discussions of the day’s major issues. But to what degree could his moral philosophy be considered coherent? In The President of Good & Evil, Peter Singer offers an eye-opening analysis of the ethical outlook of America’s forty-third president.

This ebook features an illustrated biography of Peter Singer, including rare photos from the author’s personal collection.