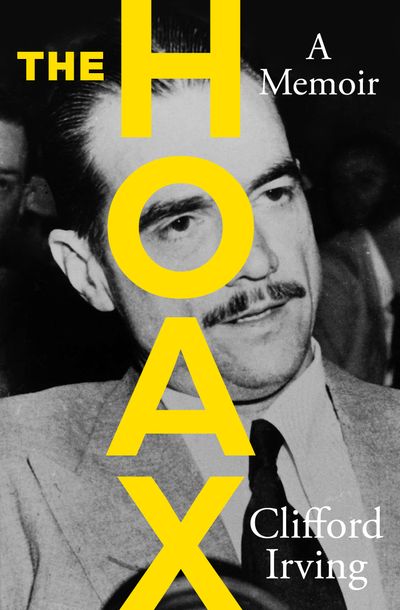 Published by Open Road Media
A “fascinating” memoir—and the inspiration for the movie starring Richard Gere—from the man behind the forged autobiography of Howard Hughes (Time).

Novelist Clifford Irving’s no-holds-barred account of his faked autobiography of Howard Hughes—one of the greatest literary hoaxes of the twentieth century—is the ultimate caper story.

The plan was concocted in the early 1970s, when eccentric billionaire Hughes was already living as a recluse in the Bahamas. An American author, Irving pitched the scheme to his friend, fellow writer Richard Suskind: Through forged letters and fake interviews, they would recount Hughes’s life “in his own words.” Meanwhile, Irving’s wife would open a Swiss bank account in the name of “Helga R. Hughes” using a fake passport. Their success hinged on the assumption that Hughes would never resurface to challenge the book, as he had not spoken to the press in over ten years.

Conning Irving’s own publisher of nearly a decade out of a six-figure advance, the three conspirators embarked on a hoax that would fool journalists, handwriting experts, and even a lie-detector test. It was not until Hughes himself emerged from seclusion to denounce Irving that the book was exposed as fraud.

This madcap, bestselling memoir “is a story which reads like the best thriller fiction and which contains the seeds of a dozen movie scripts. Mysterious meetings, false passports, a beautiful Danish baroness, Swiss bank accounts . . .” The Hoax is a masterpiece of international intrigue and startling revelations (The Tatler, England).