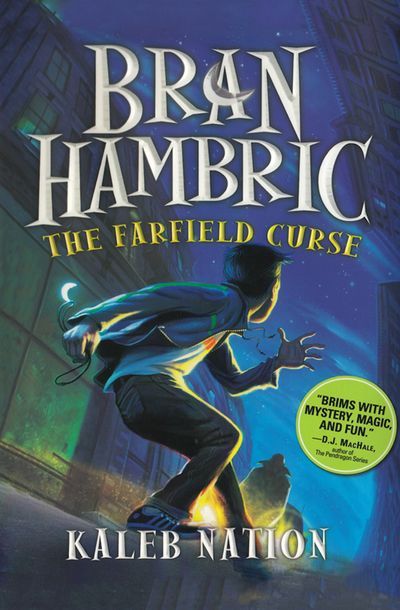 Published by Open Road Media
What if your mother was a criminal? What if her crime was magic? What if magic ran in the family?Bran Hambric was found alone in a locked bank vault when he was six years old. He doesn't have a clue how he got there, or any memory of his past. There's only one explanation: Magic. But magic is outlawed in the Great and Glorious City of Dunce.Eight years later, a twisted, hissing creature confronts Bran and his foster father, Sewey, on their rooftop. Sewey believes it's a gnome, but not Bran. (Sewey isn't the brightest Duncelander to being with.) Bran soon discovers that whatever leapt onto his roof is connected to the mother he never knew...and that Bran himself is the missing link in a plot so secret and evil that those behind it will stop at nothing to hunt him down.Armed with wands and weapons, Bran's enemies are about to attack - with all the power of a horrible curse and a terrible crime. Magic won't be the only law broken in the City of Dunce...