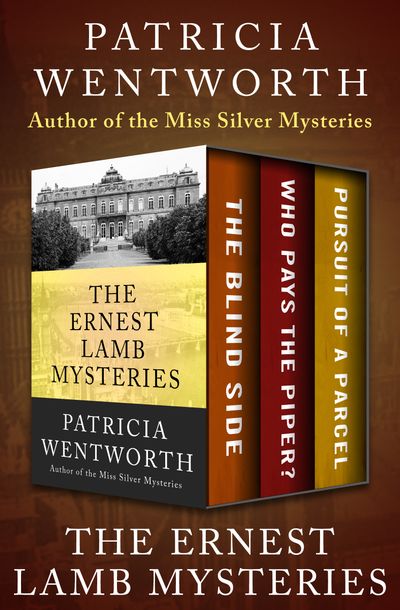 The Blind Side: Lucy Craddock has lived at No. 7 Craddock House for years. But now she’s about to be turned out of her home—by her own nephew. Since greedy Ross Craddock inherited the once-magnificent family estate, he has divided it into rented flats. But before he can boot out his aunt, he’s found shot to death with his own revolver. With a mansion full of suspects, Inspector Lamb comes to the door.

Who Pays the Piper?: Lucas Dale is not above blackmail to get what he wants—in this case another man’s fiancée. Susan Lenox has no choice but to break off her engagement to up-and-coming architect Bill Carrick and agree to marry Dale—until he’s found in his study with a bullet in his head. Now it’s up to Inspector Lamb and Detective Abbott to construct a solid case.

Pursuit of a Parcel: When a parcel from a double agent containing secrets the Nazis would love to get their hands on is delivered to a British law firm, an innocent woman becomes a pawn in a deadly game of international espionage, and Scotland Yard’s Inspector Lamb and Detective Abbott—along with Frank Garrett of the Foreign Office—step in to solve a cold-blooded murder.