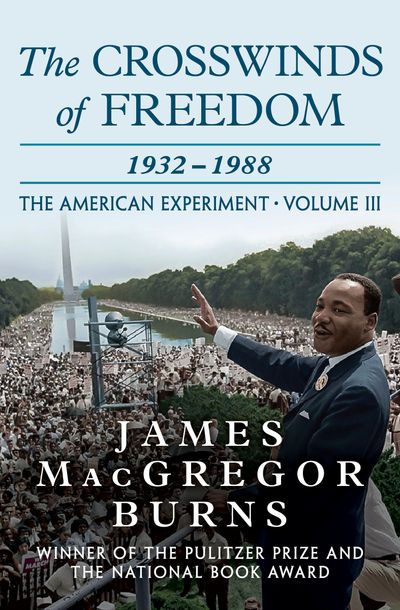 Published by Open Road Media
A Pulitzer Prize winner’s “immensely readable” history of the United States from FDR’s election to the final days of the Cold War (Publishers Weekly).
The Crosswinds of Freedom is an articulate and incisive examination of the United States during its rise to become the world’s sole superpower. Here is a young democracy transformed by the Great Depression, the Second World War, the Cold War, the rapid pace of technological change, and the distinct visions of nine presidents. Spanning fifty-six years and touching on many corners of the nation’s complex cultural tapestry, Burns’s work is a remarkable look at the forces that gave rise to the “American Century.”