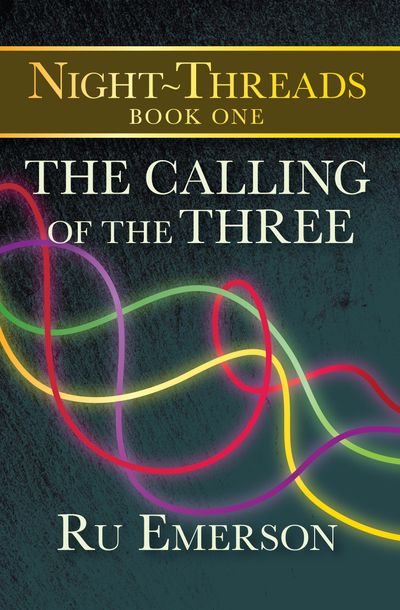 The Calling of the Three

Published by Open Road Media
First in the Night-Threads series featuring a warrior, a shapshifter, and a sorceress who journey into an alternate world to fight a battle not their own.

A duke dies and his evil brother usurps his throne. Who do you call? In master world builder Ru Emerson’s spellbinding Night-Threads fantasy series, the rightful heir summons a warrior, a shape-shifter, and a sorceress from Earth. But not just anywhere on Earth—California! And if you do not think this trio has what it takes to harness the power of Night-Threads, you do not know your Marina Del Rey from your Santa Rosa. The problem is, they are afraid to use their powers. These three have been chosen to fight in a dangerous battle of unbelievable magic—a magic they must believe in . . . or die.

Do not miss the entire Night-Threads series: The Calling of the Three, The Two in Hiding, One Land, One Duke, The Craft of Light, The Art of the Sword, and The Science of Power.