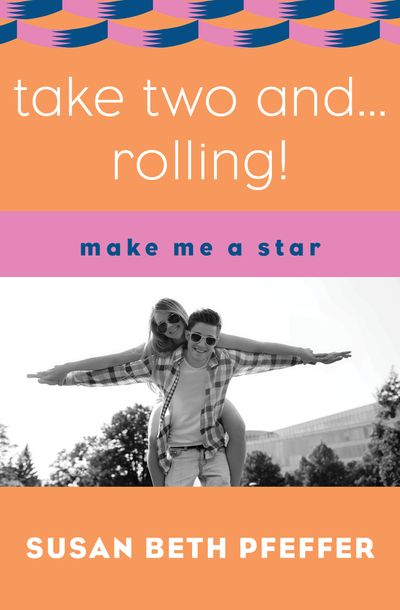 Published by Open Road Media
Six teenagers have been cast in prime time’s hottest new TV series—can they take their shot at the spotlight without sacrificing the things that matter most?

A starring role on the prime-time show Hard Time High could give Molly O’Malley the fame and fortune she craves. But the real payoff, besides a steady income, is something the on-the-road actress has wanted for years: the chance to put down roots and live a normal life. And she’d get to celebrate her real birthday and stop pretending she’s almost fifteen when she’s barely fourteen, a fact she only recently discovered. But even fame has its price; Molly’s mother wants a job on the show. And Molly has to keep up with her schooling.

The show is giving Rafe Marquez his first taste of stardom. Maybe one day he’ll be able to buy a mansion with a pool for his folks. But he’s never going to abandon his dream of being lead guitarist in a famous band.

Things are changing faster than Molly, Rafe, TJ, Miranda, Alison, and Bill ever imagined. Will this mark the beginning of new friendships and maybe even love?