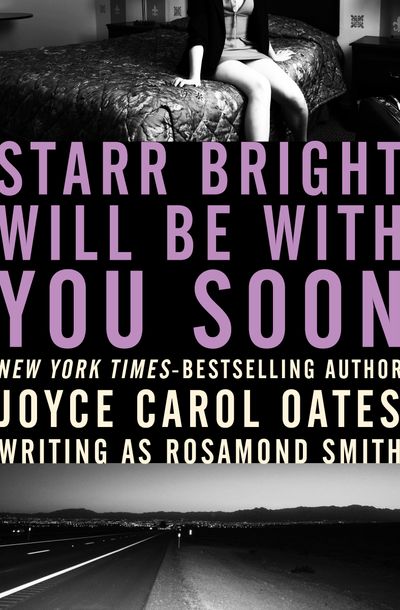 Starr Bright Will Be with You Soon

Demure Lily Merrick is a dutiful housewife and mother who teaches pottery classes in upstate New York. Then, out of the blue, her estranged sister, Sharon, shows up after fifteen years, seeking refuge from her life as a Las Vegas stripper. At first Lily is overwhelmed and overjoyed. Her daughter and husband welcome Sharon with open arms, eager to help the seemingly troubled young woman get a fresh start. But that’s not really what Sharon wants. Under the alias Starr Bright, Aunt Sharon is the most wanted female serial killer in the country.

Driven by a need for love and security, she has sought out sex and degradation—leaving behind a bloody trail of carved-up men in cheap motel rooms from coast to coast. Now, she’s insinuating herself into the lives of those who trust and love her. She’s come home to family, and not just to hide. For her entire life, Sharon has been nursing a poisonous vengeance that has yet to claim its last victim. And very, very soon, Starr Bright will strike again.

This smart, chilling novel from the #1 New York Times–bestselling author of We Were the Mulvaneys and Black Water is “a real page-turner” (Library Journal).

“Recall that ‘Rosamond Smith’ is the nom de plume of Joyce Carol Oates when writing her psychological suspense novels a la Ruth Rendell. Oates-as-Smith has had great practice in limning the type of personality that results from sexual guilt and craving love, and she explores it anew” in Starr Bright Will Be with You Soon (Booklist).