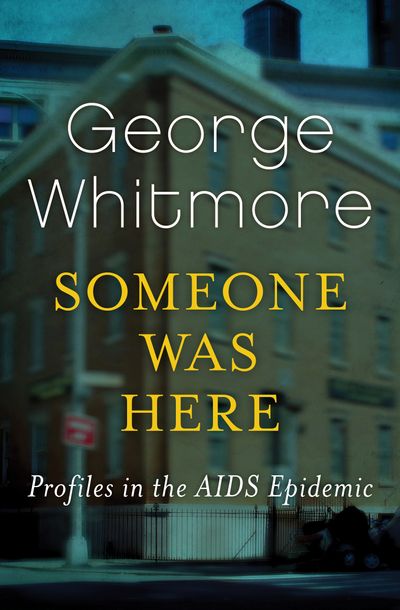 Published by Open Road Media
Three powerful profiles of men and women whose lives were changed forever by the AIDS epidemic
“Some of my reasons for wanting to write about AIDS were altruistic, others selfish. AIDS was decimating the community around me; there was a need to bear witness. AIDS had turned me and others like me into walking time bombs; there was a need to strike back, not just wait to die. What I didn't fully appreciate then, however, was the extent to which I was trying to bargain with AIDS: If I wrote about it, maybe I wouldn't get it. My article ran in May 1985. But AIDS didn't keep its part of the bargain.” —George Whitmore, The New York Times Magazine
Published at the height of the AIDS epidemic, Someone Was Here brings together three stories, reported between 1985 and 1987, about the human cost of the disease.Whitmore writes of Jim Sharp, a man in New York infected with AIDS, and Edward Dunn, one of the many people in Jim’s support network, who volunteers with the Gay Men’s Health Crisis organization in the city. Whitmore also profiles a mother, Nellie, who drives to San Francisco to bring her troubled son, Mike, home to Colorado where he will succumb to AIDS. Finally, Whitmore tells of the doctors and nurses working on the AIDS team in a South Bronx hospital, struggling to treat patients afflicted with an illness they don’t yet fully understand.
Expanded from reporting that originally appeared in the New York Times Magazine, Someone Was Here is a tragic and deeply felt look at a generation traumatized by AIDS, published just one year before George Whitmore’s own death from the disease.