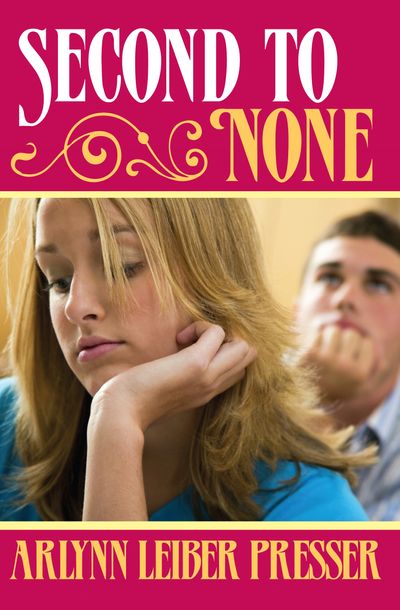 Published by Open Road Media
SECOND TO NONE, originally published under the byline ArLynn Presser

Garnet Brown is seventeen years old, has a great mother, a boyfriend Andy, and a cute tutor Grant who is undeniably geeky but somehow still charming and attractive. Her life plan revolves around getting into a good college and getting out of the poor neighborhood she’s lived in her whole life. The one where she’s mostly known as the child of an illicit affair that cost her mother her job and reputation and that left Garnet seeing her father only every few years, in court, where her parents would argue about money.

So, when her well-to-do father comes to call, asking her to come visit and meet the family: the wife, the older half-brother and the younger half-brother they had after he went back to his wife, there has to be a might big string attached. Like a son with cancer and a last-chance hope that Garnet can be a bone-marrow donor.

Life hasn’t ever been easy but it’s suddenly gotten way harder and a surprising kiss from Grant turns everything on its head even more than suddenly having a father in her life. The choices are surprising, confusing and surprisingly romantic.