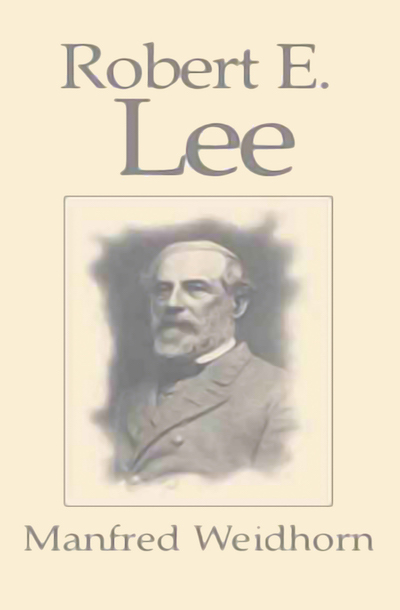 Published by Open Road Media
Robert E. Lee's life has been regarded as one of great honor and esteem and he has been a man admired for his loyalty, patriotism, and conduct as not only an American, but also a Virginian. And when he made the decision to turn down Lincoln's offer to command a large army of Union Soldiers in the war against the secession, and instead chose to extend his loyalty to the Confederate Army, his intentions were to defend his land and the people in Virginia and not to fight for either secession or slavery. Lee's patriotism of an unfamiliar shade confused some, but made consequential waves in the Civil War. He followed in the footsteps of his father, a Revolutionary War General, and is here portrayed by Weidhorn as the "finest general of the Civil War", a title he honorably earned.