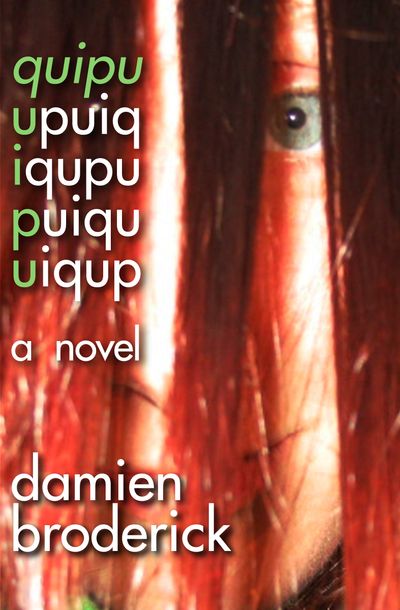 Published by Open Road Media
Caroline is about to go psychotic—and given her family, it’s no surprise. Joseph cannot talk to women even if he is a certified high-IQ clever dick trying to take snapshots of the end of the universe. Ray and Marj have their own hassles with in‑laws, but student terrorists get in the way. Meanwhile, Brian, misogynist and wit, appalls everyone in the quipu world. Quipus? They are the scandalous fanzines that hikes traded before blogs were invented. Hikes? High-IQ clever dicks, of course. In Quipu, Australian writer Damien Broderick reimagines his prize‑winning 1984 novel Transmitters as the surprising saga of a “family” of genius‑level, one‑of‑a‑kind individuals.