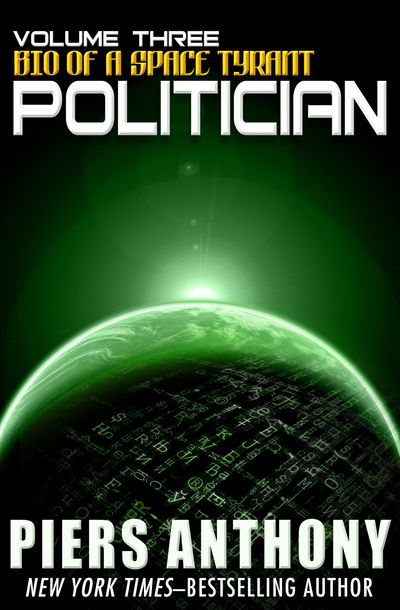 Published by Open Road Media
From a New York Times–bestselling author: A former refugee and mercenary campaigns for president of Jupiter—even as his rival tries to brainwash him.

He awoke in a tiny lightless cell, groping for memory . . . memory that had been erased. Hope Hubris, Jupiter governor, progressive populist, warrior hero, and presidential candidate . . . a “mem-washed” tool of the enemy. And if his captors’ plan worked, Hope would destroy his own political career, leaving the fate of his planet in the hands of its corrupt presidential incumbent—Tocsin.

But Hope Hubris had a destiny to fulfill. He had the cunning to discover code words that could reactivate his mind . . . the strength to resist addiction to their drugs . . . the power to win the support of his countrymen, and finally, the courage to make an agonizing sacrifice that would ensure his planet’s future and his own destiny . . .