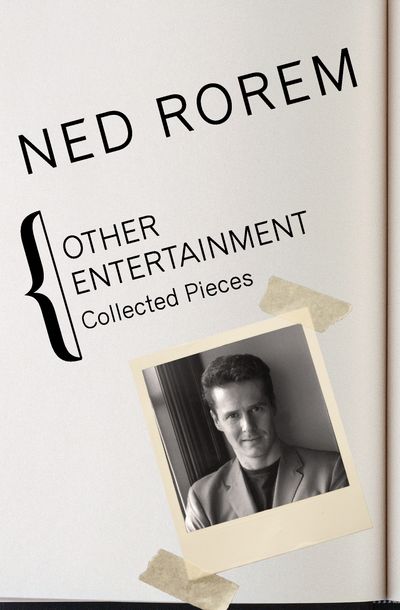 Published by Open Road Media
A collection of insightful essays, interviews, and commentaries on music, art, and those who make it, from acclaimed author and Pulitzer Prize–winning composer Ned Rorem
It is a rare artist who can deftly cross the boundaries separating one artistic endeavor from another. Contemporary American composer Ned Rorem is one of the able few, not only “the world’s best composer of art songs” (Time magazine) but a remarkable purveyor of prose works, as well. Rorem’s superb collection Other Entertainment features insightful and fascinating essays on music, musicians, and literature, as well as provocative interviews with well-known figures in the arts and elsewhere. Whether he’s offering a cogent analysis of Benjamin Britten’s published diaries, confronting John Simon on the famously acerbic film and theater reviewer’s alleged homophobia, or providing in-depth commentary on the lives and accomplishments of major artists and musical colleagues—as well as moving obituaries for those we have lost—Rorem proves himself to be as entertaining and controversial a social and cultural critic as America has ever produced.