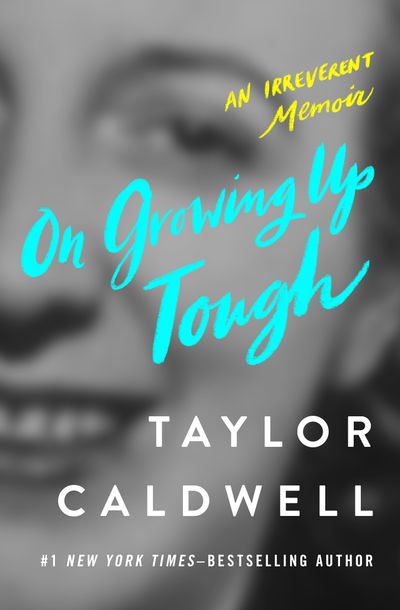 On Growing Up Tough

Published by Open Road Media
The #1 New York Times–bestselling author shares her rough journey to adulthood in a book that “should be read by every American” (Fort Wayne Journal-Gazette).

Born in Manchester, England, in 1900, growing up wasn’t easy for Janet Taylor Caldwell. Her Scottish parents warned her that if she ever misbehaved at school, she’d be “thoroughly thrashed.” Weekends at home were filled with church and chores.

When her family immigrated to America in 1907, life only got tougher. Her father died soon after their arrival in upstate New York, and the family struggled financially. But her mother, Anna, was a firm believer in Women’s Liberation and insisted that Janet could do a man’s job. With a first-class education, fierce self-reliance, and strong work ethic, Janet embarked on her writing career at the age of eight. Eventually, she was discovered by legendary editor Maxwell Perkins and began publishing under the name Taylor Caldwell. Her books sold millions of copies around the world and touched the lives of countless readers.

Here is a witty and sharply observed account of the early struggles that gave Taylor Caldwell her strong convictions and made her one of the most distinctive voices in American literature. “You’re not likely to put this one down until the last line is devoured and digested” (Charleston Sunday News & Courier).