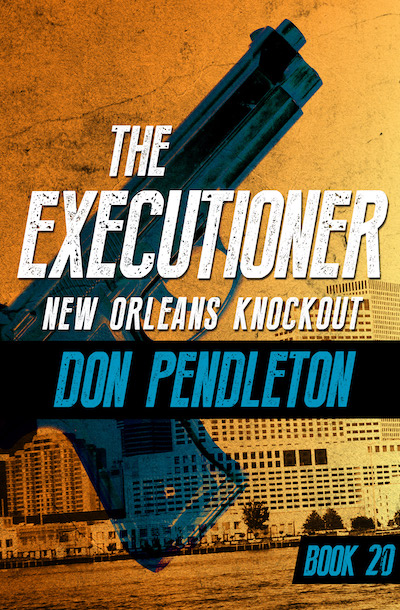 Published by Open Road Media
In the home of Mardi Gras, the Executioner comes to crash the mob’s party

Mack Bolan learned to kill in Vietnam in a hellish, impenetrable jungle that he never knew could exist in the United States—until he came to the bayous of Louisiana. He spends a week in the swamp outside New Orleans learning the turf and waiting for the Mafia to pass by. When it does, it’s in force, with more than a dozen trained gunmen protecting an armored car carrying $300,000 in dirty money.

But their guns are no match for Mack Bolan. New Orleans is where the Mafia made its American debut—and now it’s where the mob is going to die.

New Orleans Knockout is the 20th book in the Executioner series, but you may enjoy reading the series in any order.