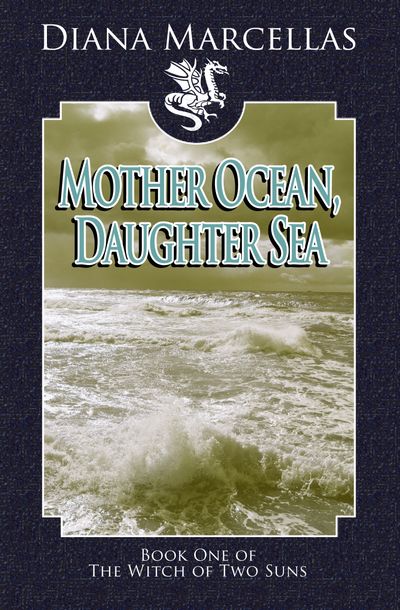 The Shari'a are an ancient race. They are un-warlike and they are ruled by their shamanic witches. The Allemanii are more recently arrived in their locale and are both awed and made fearful by the magical powers of the witches. After generations of peaceful coexistence, a cataclysm occurred out of nowhere and the Allemanii turned on their neighbors and hosts, slaughtered most of them and scattered the survivors. Suddenly, to be a Shari'a is proscribed and to be caught practicing their magic is to be hunted to the death.

In MOTHER OCEAN, DAUGHTER SEA, Brierly, thinking herself to be the last of her long-lost kind, practices the forbidden ancient healing art at constant risk of her life. Execution is the penalty if she is caught but her need to help those who are themselves in need is stronger than any fear for her own safety. "If I am the last, I will be a flame to the end." But her attempt to save the wife of a nobleman sworn to wipe out her kind plunges her into a conspiracy of deceit and a hidden power struggle more deadly than anything she has ever known. Her fight for survival may lead her to a love for the ages and, perhaps, to discover the surviving remnants of her people--if she lives.