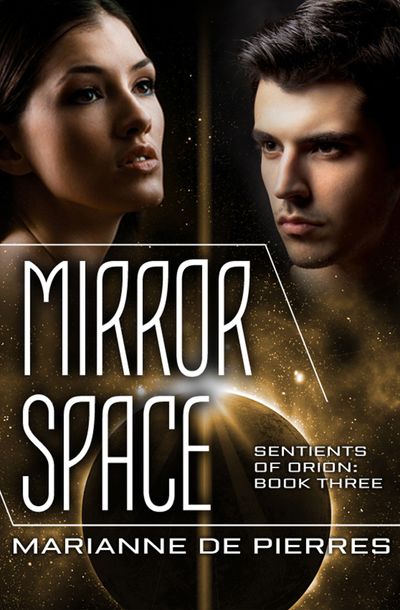 Published by Open Road Media
Third in the Sentients of Orion space opera series—“one of the most accomplished and best modern SF offerings out there” (Fantasy Book Critic).

With her home planet of Araldis under occupation by hostile forces, and the Orion League of Sentient Species unable—or unwilling—to help, Mira Fedor is forced to turn to the mercenary captain, Rast Randall, if she is to save her home. Having Rast on her side means she can thwart political constraints and enact her own game of ruthlessness. As hidden strategies of her allies and enemies alike are revealed, Mira wonders why the philosophers of Scolar have been targeted? And how far does the Extropist influence extend into Orion space? Is everyone set to achieve their separate goals, or has one devastating agenda been set in motion? Mira fears that these puzzling events are all leading toward a single and terrifying conclusion . . .

Marianne de Pierres' epic Sentients of Orion series has been called "a grand space opera" (The Times Literary Supplement) and "brilliant in all senses of the word" (Sean Williams). All four books were shortlisted for the prestigious Aurealis Award, with the final book winning for best novel.