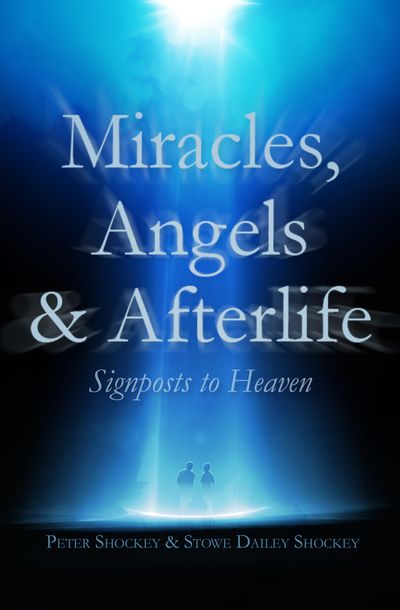 Published by Open Road Media
A compelling account of years of spiritual investigations from the director of Life After Life, the award-winning documentary on near-death experiences.

The stories of divine intervention in people’s everyday lives continued to occupy Peter Shockey’s thoughts even after his documentaries on the subject for Hallmark Channel and Discovery’s TLC had been completed and garnered awards and international acclaim.

In Miracles, Angels & Afterlife, Shockey shares the most compelling accounts he has gathered during his years of spiritual investigations and offers profound insight into what the increasing presence of the divine in daily life can mean in this, the first generation of the third millennium.

Beginning with his own personal story, Shockey goes on to introduce others who relate their miraculous experiences, ranging from visions of heaven to the presence of angels. He then puts these encounters in an enlightening context as he explores striking patterns of divine intervention in human history as well as in the Bible. In doing so, he takes readers on an unforgettable spiritual odyssey that will change the way they look at the here and now . . . and the hereafter.