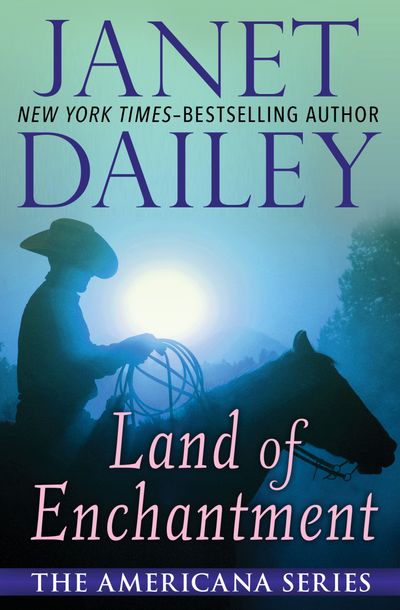 Published by Open Road Media
A New York fashion model falls for a handsome cowboy in this Americana romance set in New Mexico by the New York Times–bestselling author.

Blessed with silvery blond hair, a show-stopping figure, and a creamy, flawless complexion, Diana enjoys a thriving career as a model in New York City. Still, in her heart, she longs only for the love of a good man and the simple joys of marriage and motherhood. At twenty-four, Diana has learned that most of the good men are intimidated by her looks, and she attracts only those whose egos need to be stroked by having a beautiful woman on their arm. But all of that is about to change when she travels out west for a photo shoot at a rodeo and meets New Mexico rancher Lije Masters.

The desert afternoon is hot and still when a startled horse sends Diana literally falling into Lije’s strong arms. From afar, Diana had already noticed the cowboy’s rugged good looks; up close, she can feel his granite-colored eyes seeing past her exterior and straight into her soul. But is she willing to give up life in the big city for the Land of Enchantment?