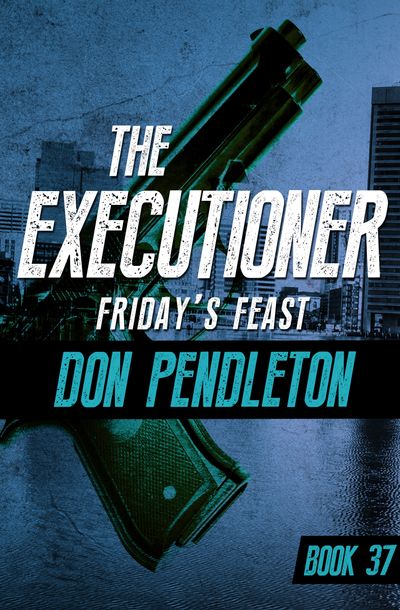 For four days Mack Bolan has carried the battle against organized crime all across the country in a take-no-prisoners firefight that’s hotter than any he’s ever fought. After crippling Mafia operations in Florida, he makes his way to Baltimore, home of the last great capo, where the minions of organized crime prepare to make their final stand. One way or another, the Executioner’s endless war is about to come to a close.

With the help of his oldest ally, undercover cop Leo Turrin, Bolan infiltrates the establishment one last time. With Turrin feeding him information from the inner circles of Mafia power, it should be a cinch to crush this last outpost of mob resistance. But even a dying snake has venom in its fangs, and the ruthless killers of Baltimore will bring mortal danger to Bolan and his closest friend.

Friday’s Feast is the 37th book in the Executioner series, but you may enjoy reading the series in any order.