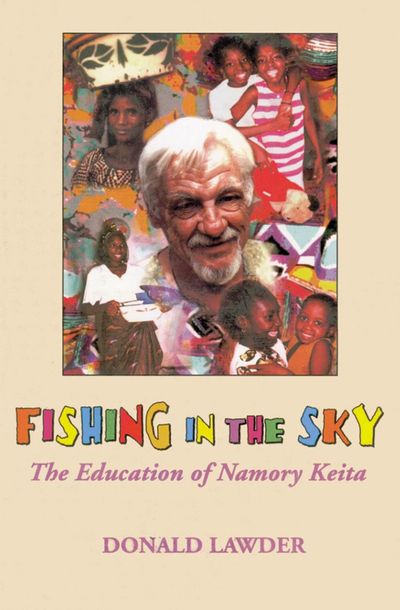 Fishing in the Sky

What distinguishes this remarkable narrative from other accounts of personal growth is not just its vivid and intimate picture of West African life, but the fact that its author embarked on his adventure at an age when most men and women are resigned to life in a rocking chair. At age sixty-six, after the break-up of a stormy marriage, Donald Lawder begins a new life as a volunteer teacher for the Peace Corps in the impoverished country of Mali, in West Africa. He is adopted by a Moslem family, given a Malian name, and learns to pray in the village mosque. As "Professor of English" at the state teacher's college in Mali's capital city of Bamako, he teaches Debate, Black American History, and the philosophy of Emerson and Thoreau to French-speaking African students and becomes deeply involved with a Moslem student less than one third his age. Later, after a two-year job hunt in the U.S. convinces him that America is no country for old men, he returns to Bamako for good, as chief of an African family of six children ranging in age from three to twenty-three years. He arrives in time to witness his unarmed students' heroic overthrow of the brutal dictator Moussa Traore and their confused efforts to establish one of the first democracies in West Africa. An intimate and moving account of modern Africa in turmoil and of an old man's discovery of love in one of the poorest countries of the world.