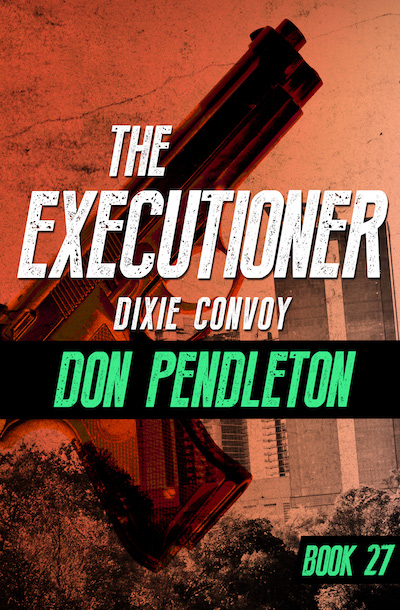 Published by Open Road Media
In the heart of the Deep South, the Executioner starts a new Civil War

In a grassy field in North Georgia, Mack Bolan pays tribute to the men who died at Chickamauga. For more than a century, the battlefields of the Civil War have been peaceful memorials, but on a lonely stretch of highway outside Atlanta, the one-man army known as the Executioner is about to open a new battle. His target is the Mafia, which has long used the Georgia highways to smuggle cigarettes, whiskey, and stolen electronics. Lately, something far more sinister has been creeping up from the South: heroin, by the truckload. Bolan is here to cut the connection.

To protect the innocent truckers hauling the Mafia goods, Bolan lets them drop their cargo before he destroys it. When the white powder fails to arrive at its destination, the mob comes after Bolan, and the highways of the South become a battleground.

Dixie Convoy is the 27th book in the Executioner series, but you may enjoy reading the series in any order.