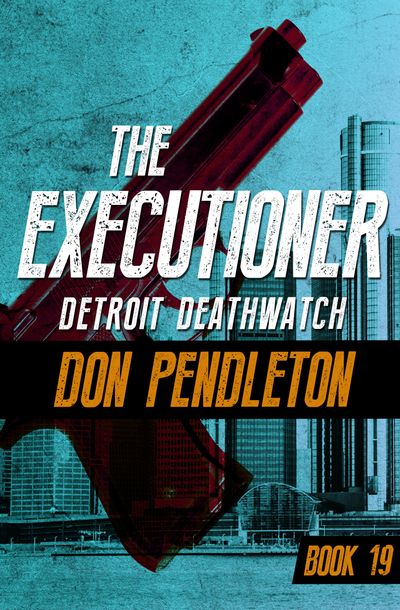 Ever since he began his one-man war against the Mafia, Mack Bolan has dreaded the day he would take on Detroit. The driving engine of the American economy, Detroit is run by the most stable mob outfit in the country. In other cities the Executioner has played different factions of organized crime against one another, letting them do his bloody work for him. But Detroit is a dictatorship of crime, and the only way to bring it down will be to slip in beneath the radar.

While preparing to infiltrate, Bolan encounters Toby Ranger, a beautiful undercover operative who has done him favors in the past. One of her “Ranger Girls” is missing, kidnapped by the grisliest villain in organized crime. When Bolan’s war against the city turns personal, Detroit is going to pay.

Detroit Deathwatch is the 19th book in the Executioner series, but you may enjoy reading the series in any order.