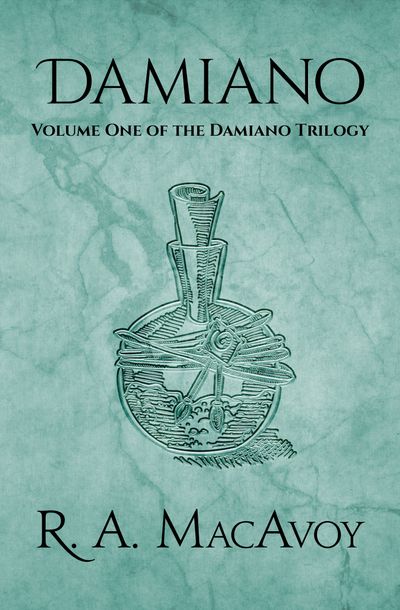 Published by Open Road Media
Set against the turbulent backdrop of the Italian Renaissance, this alternate history takes place in a world where real faith-based magic exists. Our hero is Damiano Dalstrego. He is a wizard’s son, an alchemist, and the heir to dark magics. But he is also an innocent, a young scholar and musician befriended by the Archangel Raphael, who instructs him in the lute. To save his beloved city from war, Damiano leaves his cloistered life and sets out on a pilgrimage, seeking the aid of the powerful sorceress Saara as he walks the narrow path between light and shadow, accompanied only by his talking dog. But his road is filled with betrayal, disillusionment, and death, and Damiano is forced to confront his dark heritage, unleashing the hellish force of his awesome powers to protect those he loves. The further volumes of this tale are Damiano’s Lute and Raphael.