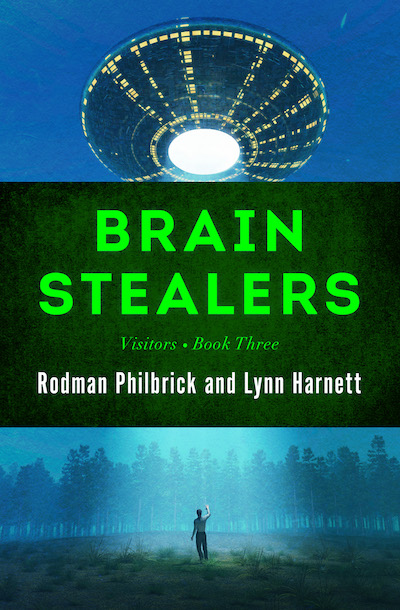 Published by Open Road Media
When their classmates are kidnapped, Nick, Jessie, and Frasier must defeat the aliens once and for all

Nick, Jessie, and Frasier have managed to escape the clutches of slimy alien invaders—only to be taken prisoner by their own parents. The extraterrestrials are controlling the minds of all the adults in town, and the trio is now under house arrest. With locks on their doors and windows, and aliens watching their every move, Nick, Jessie, and Frasier don’t think it could get any worse . . . until they realize they’ll be forced to go to summer school!

The three kids know they have to get away before the aliens take over their minds too. But why have their parents been targeted? And why are all the adults doing so much digging? Nick, Jessie, and Frasier must rush to discover the truth about the invasion before the aliens can complete their evil plans. It’s not just their lives on the line—it’s the life of the entire town.