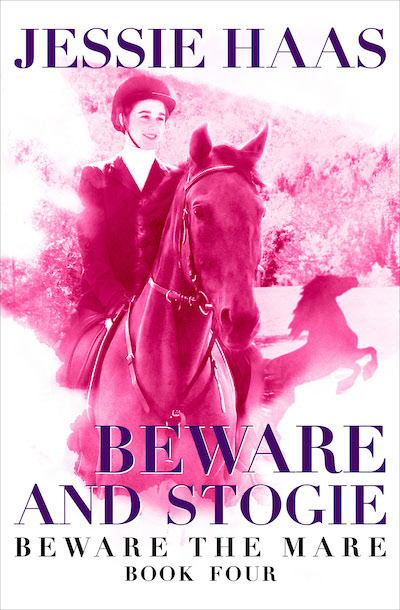 Published by Open Road Media
An untamed horse has run away—can Lily and Beware find him and bring him home?

After a storm scatters all the livestock on her grandparents’ farm, Lily discovers that Gramp’s wild black Morgan is missing. Stogie’s a horse with a mind of his own, and when he runs, no one can ever catch him.

Stogie may be boss of the other animals on the farm, but he’s afraid of people. And a frightened horse is a dangerous one. Lily’s determined to find the black Morgan and bring him home before he ends up getting hurt—or shot. Since no one can catch Stogie, no one can lead him. But Lily brings a rope anyway. As she and Beware set off on their search, she tries to put herself in Stogie’s shoes to figure out where he would go. Then she gets an idea . . .

Can she and Beware find and catch Stogie before it’s too late?