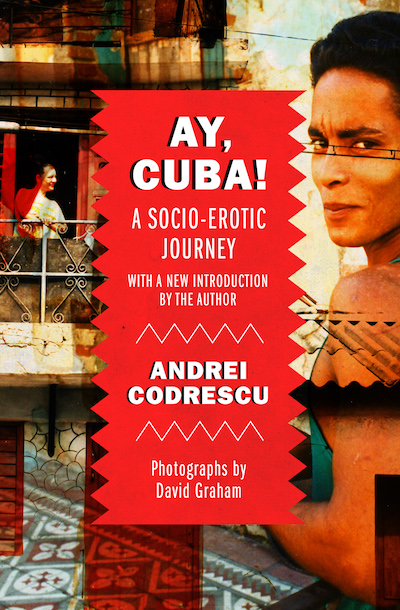 Published by Open Road Media
The NPR reporter offers an “engaging and enlightening” window into late-90s Cuba, “from the cafes in Havana to the mysterious lairs of Santiago de Cuba” (Kirkus Reviews).

For NPR commentator Andrei Codrescu, reporting from Cuba on the eve of Pope John Paul II’s 1998 visit was an opportunity to understand the realities of life in a country that has long been the subject of stereotypes and misconceptions. Following the collapse of the Soviet Union, Cuba was the last place to witness a “laboratory of pre-post-communism,” as it toed the line between its socialist past and its uncertain future.

On the streets of Havana and the beaches of Santiago de Cuba, Codrescu met people from all walks of life—from prostitutes and fortunetellers to bureaucrats and writers—eager to share their stories. Uncensored and compassionate, his interviews reveal a world where destruction and beauty, poverty and pride exist side by side. Traveling with photographer David Graham, whose powerful images illustrate the energy pulsing through everyday life in Cuba, Codrescu captures the humanity of a nation that is lost when it’s reduced to a political symbol. With the United States resuming relations with Cuba for the first time in decades, Ay, Cuba! is more relevant now than ever before.