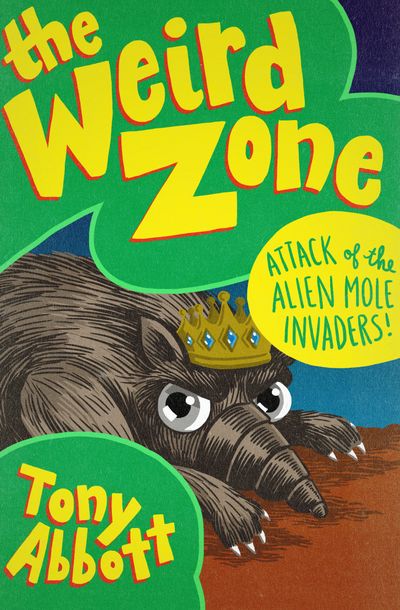 Attack of the Alien Mole Invaders!

Published by Open Road Media
Aliens are literally popping out of the ground, but luckily, Jeff and Holly have a few tricks up their sleeves

Jeff Ryan and his friends want to play street hockey, but someone has stolen their puck. When the kids try to get it back, they discover the culprit is a giant mole from space. A colony of aliens has tunneled under Grover’s Mill, and they want to take over the town by killing the humans—starting with Jeff’s friends!

With the help of a secret government invention, Jeff and Holly race to rescue the captives and defend their turf before the moles attack. But will they be too late to save the day?