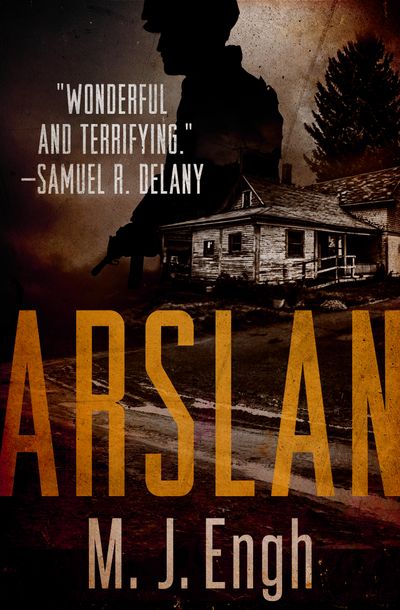 By the time General Arslan brings his army from Turkistan to America, he has already conquered the rest of the world, using strategy and craft rather than bullets and bloodshed. The modern-day Genghis Khan sets up headquarters in tiny Kraftsville, Illinois, and when he asserts his power by violently assaulting an eighth-grade girl and boy—onstage, before a cheering audience of his soldiers—the townspeople know that no one is safe.

Forced to open his home to the despot, Franklin Bond, the school principal whose students were publicly violated, finds himself strangely drawn to the world’s new master and privy to his quirks and mental machinations. In fact, only one other person in town will have a closer connection to Arslan during the long, hard era of his reign: Hunt Morgan, the boy the dictator brutalized before the entire town—and whom he now owns.

But there is a secret side to the human monster that no one, not even Bond or Morgan, sees during these years of terror and enslavement. For Arslan has already set a grander scheme in motion: to save our world . . . by destroying it.

Few works of speculative fiction have been held in higher regard—or provoked more outraged controversy—than M. J. Engh’s classic science fiction tale of the conquest of America. Brilliant and disturbing, this thought-provoking and surprising novel is an intriguing character study, a dire warning that continues to pack a devastating punch, and “without question one of the finest works of fiction of our generation” (Orson Scott Card).