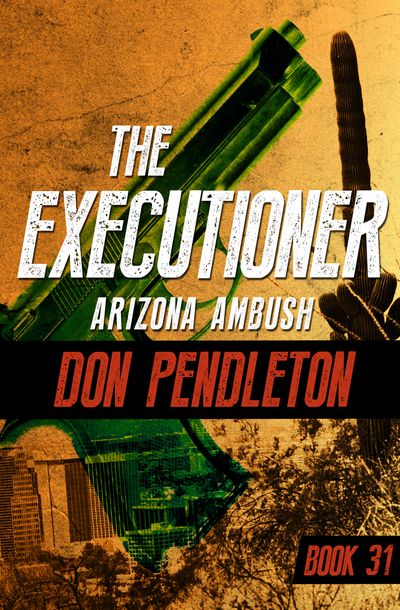 Published by Open Road Media
When the mob opens up a drug pipeline, the Executioner comes to shut it off

Far from the lights of the city, in the desert near the Mexican border, the mob has erected a sprawling compound where planes can land undetected. This will be the heart of the Arizona corridor—a drug-smuggling route that will dwarf even the infamous French connection. And Mack Bolan will kill to keep the operation off the ground.

Wearing a black jumpsuit, his belt full of ammunition, the Executioner plans to make Arizona the new front in his war against organized crime. He has spent days cataloging the Mafia heavies who come and go from the compound in the desert, and now he is ready to strike. Two mob factions are working together in Arizona—and Mack Bolan will ensure that they destroy each other.

Arizona Ambush is the 31st book in the Executioner series, but you may enjoy reading the series in any order.