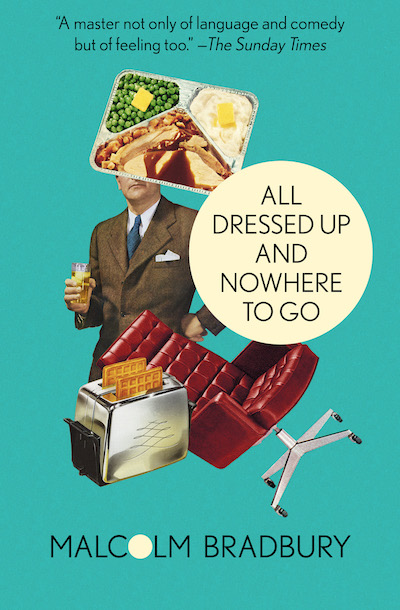 All Dressed Up and Nowhere to Go

After spending a year teaching in an American university in the 1950s, Malcolm Bradbury returned to England only to realize that his native country had become nearly as mystifying to him as the American Midwest. As Britain marched toward a new decade, much of the country was changing inexorably, its agrarian past paved over by suburban developers, its quiet traditionalism replaced by beehive hairdos and shiny, glass-walled office buildings. And so, to confront this curious moment in British history, Bradbury turned to the sharpest tool in his arsenal: humor. In All Dressed Up and Nowhere to Go, he writes of a country balancing precariously on the boundary of two worlds, with the wry wit and keenly observant eye that have made him one of the twentieth century’s greatest satirists.