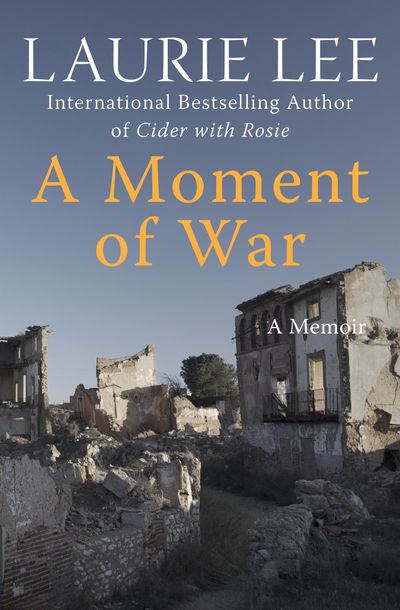 A Moment of War

Published by Open Road Media
A memoir of the Spanish Civil War with “the plainness of Orwell but the metaphorical soaring of a poem . . . An extraordinary book” (The New York Times Book Review).

In December 1937 I crossed the Pyrenees from France—two days on foot through the snow. I don’t know why I chose December; it was just one of a number of idiocies I committed at the time.

Such was Laurie Lee’s entry into the Spanish Civil War. Six months after the Nationalist uprising forced him to leave the country he had grown to love, he returned to offer his life for the Republican cause. It seemed as simple as knocking on a farmhouse door in the middle of the night and declaring himself ready to fight. It would not be the last time he was almost executed for being a spy.

In that bitter winter in a divided Spain, Lee’s youthful idealism came face to face with the reality of war. The International Brigade he sought to join was not a gallant fighting force, but a collection of misfits without proper leadership or purpose. Boredom and bad food and false alarms were as much a part of the experience of war as actual battle. And when the decisive moment finally came—the moment of him or the enemy—it left Lee feeling the very opposite of heroic.

The final volume in Laurie Lee’s acclaimed autobiographical trilogy—preceded by Cider with Rosie and As I Walked Out One Midsummer Morning—is a clear-eyed and vital snapshot of a young man, and a proud nation, at a historic crossroads.