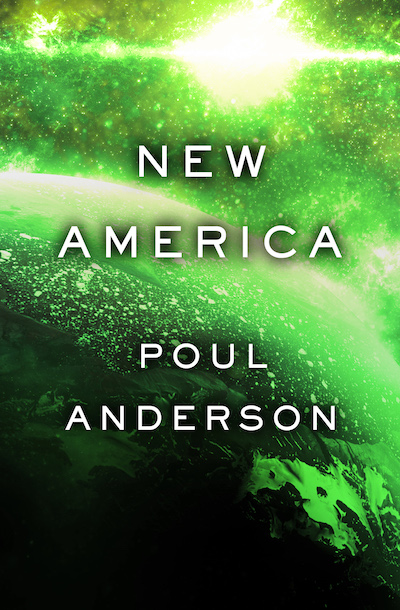 published by
Open Road Media
Continuing from Orbit Unlimited, New America is the next chapter in the story of the planet Rustum, where the Constitutionalists continue their mission to build a more perfect nation

Civilization on Rustum has come a long way since its early days, when a few brave colonists traveled twenty light-years from Earth to found a society, New America, on the principle of personal liberty. Some call themselves Constitutionalists, others Jeffersonians, but whatever the title everyone can agree: Rustum has a problem. With one-and-a-quarter times the gravitational force of Earth and a host of inedible flora, Rustum is most habitable on its highlands, leaving the lowlands sparsely populated and creating a great imbalance on the planet.

Dan Coffin, an original settler of Rustum, agrees to join an expedition back to the lowlands, where he is one of the rare individuals who can survive in the dense air without a helmet. New America follows Coffin’s endeavors to build a new life with a wife, children, and an effective governing body that can help give the lowlanders not only survive, but thrive.