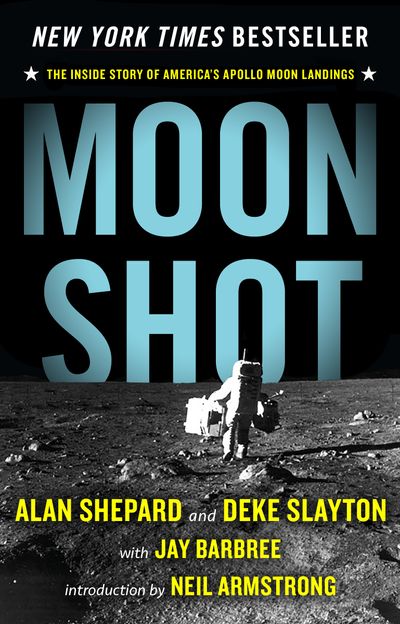 Published by Open Road Media
New York Times bestseller for fans of First Man: A “breathtaking” insider history of NASA’s space program—from astronauts Alan Shepard and Deke Slayton (Entertainment Weekly).
On October 4, 1957, the Soviet Union launched Sputnik I, and the space race was born. Desperate to beat the Russians into space, NASA put together a crew of the nation’s most daring test pilots: the seven men who were to lead America to the moon. The first into space was Alan Shepard; the last was Deke Slayton, whose irregular heartbeat kept him grounded until 1975. They spent the 1960s at the forefront of NASA’s effort to conquer space, and Moon Shot is their inside account of what many call the twentieth century’s greatest feat—landing humans on another world. Collaborating with NBC’s veteran space reporter Jay Barbree, Shepard and Slayton narrate in gripping detail the story of America’s space exploration from the time of Shepard’s first flight until he and eleven others had walked on the moon.