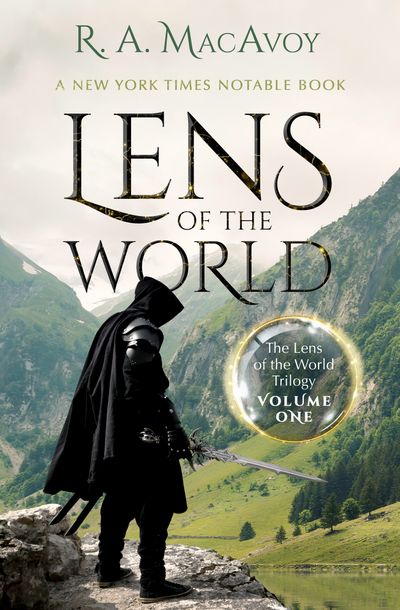 Lens of the World

“In the absorbing, realistic world depicted in this first volume of a projected series, MacAvoy introduces Nazhuret who, looking back from middle age, tells of the adventures of his youth.” —Publishers Weekly

An outcast of small stature and the offspring of unknown parents, Nazhuret is forced out of the military Royal School of Sordaling. He is soon taken under the wing of Powl, a mysterious mentor, madman, and master of optics, who pushes Nazhuret to his mental and physical limits while teaching him the arts of astronomy, languages, swordsmanship, and—most importantly—mind and body control.

When Nazhuret take his leave of Powl, he embarks on a journey through war, darkness, and death, rising above his humble beginnings and taking his destiny into his own hands . . .

“This is a plot and a theme and a character so rich that revelations would be unforgivable. Add to these one of the most surprising supporting characters and plots in years and a fantasy setting that is always intriguing but never intrusive and you have a book that readers won’t want to end.” —School Library Journal

“Patiently and persistently describes the progress of a young man destined by fate to be a hero. Enticing in its careful world-building and graceful writing, this fantasy is highly recommended.” —Library Journal