A graduate of Tufts University and Harvard Law School, Richard N. Goodwin began his career as a law clerk to Supreme Court Associate Justice Felix Frankfurter and as special counsel to the congressional subcommittee investigating the quiz-show scandals. During the Kennedy administration, Goodwin served as deputy assistant secretary of state for inter-American affairs and as secretary-general of the Peace Corps. In 1964, he became a special assistant to President Lyndon B. Johnson, for whom he wrote the landmark “We Shall Overcome” speech in support of the Voting Rights Act of 1965, and also originated the Great Society programs. After leaving government service, Goodwin taught at Wesleyan University and the Massachusetts Institute of Technology. The author of several books, including Promises to Keep and Remembering America, he lives in Concord, Massachusetts, with his wife, Doris Kearns Goodwin. 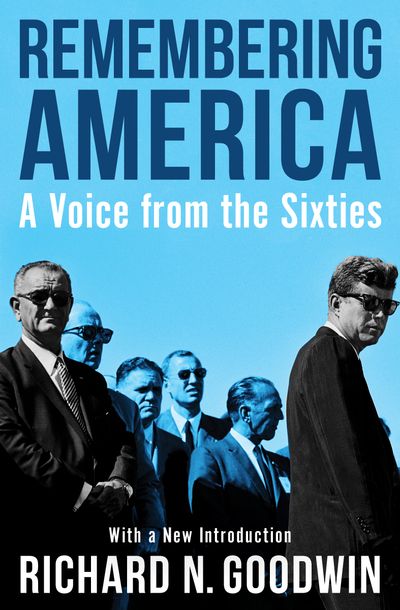 An Essential Voice from the Sixties: Remembering Richard N. Goodwin