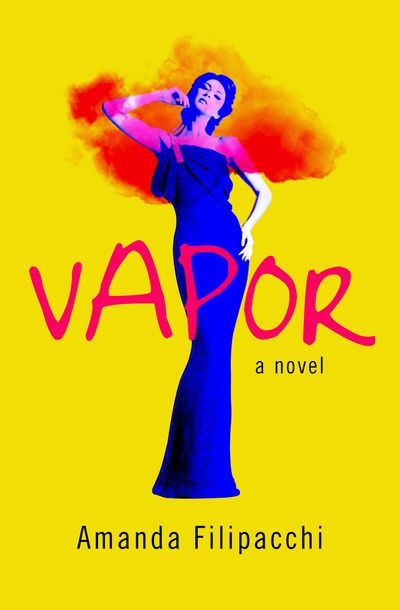 Anna Graham has one ambition—to be a great actress. The only problem is, she can’t stop being herself. She is proud, stubborn, and moody; according to her acting teacher, she needs to be as bland and pliable as warm wax. Even when she rents a Good Fairy Queen Costume—complete with crown, wand, and wig—and walks the streets of New York City until three thirty in the morning, she fails to be anyone but Anna Graham. “Help,” she thinks, smoking a cigarette in a deserted subway station. “Help!” screams a man at the other end of the platform as two attackers pull him onto the train tracks. Red pepper spray in hand, the Good Fairy Queen rushes to Damon Wetly’s rescue—and Anna’s wish comes true, in the oddest way imaginable.

Locked inside a cage in Wetly’s cloud-filled country home, Anna learns to do everything—walk, talk, think, eat, breathe—differently. When she finally escapes, she becomes a star—as Wetly promised she would. The new-and-improved Anna attracts plenty of admirers—including a paraplegic soap opera celebrity; the world’s most famous supermodel; and a handsome cellist, Weight Watchers counselor, etiquette expert, and exotic dancer named Nathaniel Powers—but she only has eyes for her former captor, the creator of miniature clouds and major actresses. Just when it seems that her fairy tale ending is right around the corner, Anna’s whole world threatens to evaporate into thin air.

Fearless and fascinating, Vapor holds a funhouse mirror up to some of our deepest and most alluring notions about fame, identity, and desire.