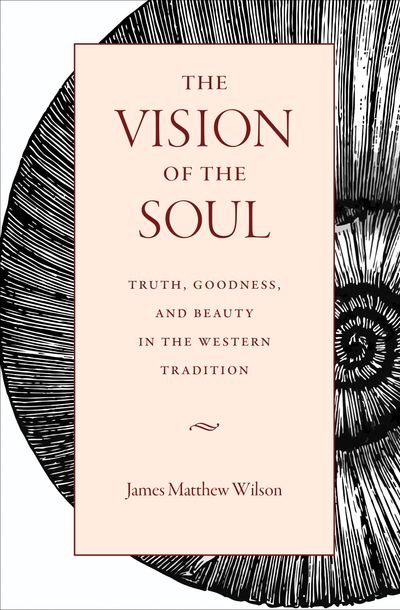 The Vision of the Soul

Published by The Catholic University of America Press
“For those for whom conservatism means something more than anti-liberalism . . . who wish to dive deep into the conservative tradition in search of pearls” (The American Conservative).

Ours is an age full of desires but impoverished in its understanding of where those desires lead—an age that asserts mastery over the world but also claims to find the world as a whole absurd or unintelligible. In The Vision of the Soul, James Matthew Wilson seeks to conserve the great insights of the western tradition by giving us a new account of them responsive to modern discontents. The western- or Christian Platonist–tradition, he argues, tells us that man is an intellectual animal, born to pursue the good, to know the true, and to contemplate all things in beauty.

By turns a study in fundamental ontology, aesthetics, and political philosophy, Wilson’s book invites its readers to a renewal of the West’s intellectual tradition.

“Conservatism needs a new prophet. James Matthew Wilson is the man for the job, and The Vision of the Soul is his calling card . . . A new classic. For it we give thanks to God, and to Plato.” —Covenant

“James Wilson’s important book returns to a conservatism in the tradition of Burke, Eliot, and Russell Kirk. . . . He wants us to focus on beauty and its place in Western culture. The book is a strong defense of that culture, but not an unthinking one.” —Crisis Magazine

“A stirring and timely account and defense of the West’s traditional way of understanding the universe and our place in it.” —Matthew M. Robare, The Kirk Center